IntelliasBlogHow to Make a Smart Contract Work for the Insurance Industry

How to Make a Smart Contract Work for the Insurance Industry

The insurance market is a top influencer within the global economy. Businesses, ordinary citizens, healthcare organizations, and even government institutions all need varieties of insurance. But despite the substantial size of the market, the current insurance system is bulky and lacks rapport between parties and stakeholders. Building smart contracts for insurance instead of drafting inconvenient paper agreements can change this situation.

Join us for a discussion about the stages of implementing and benefits of using blockchain development services and smart contracts in insurance.

What are smart contracts and does the business world really need them?

Smart contracts are a blockchain-enabled phenomenon that’s already made an impact on the business world. A computer program that sets the terms of an agreement, a smart contract automatically enforces the agreement when pre-defined rules are met.

To understand the essence of smart contracts, we have to understand the role of the blockchain first. Even though Bitcoin is usually the first thing that pops into people’s minds when they hear blockchain, there are other ways to use the technology.

Thanks to the blockchain technology, data can be stored in a distributed manner. This means that all transactions are automatically operated through the code, excluding any third-party intruding into the agreement.

Offering security and reliability, a blockchain makes sure that each transaction is executed and can’t be changed. Each chain automatically follows after the previous one to perform transaction. Generally, Ethereum is the platform used today to create smart contracts and execute them.

How smart contracts work in blockchain 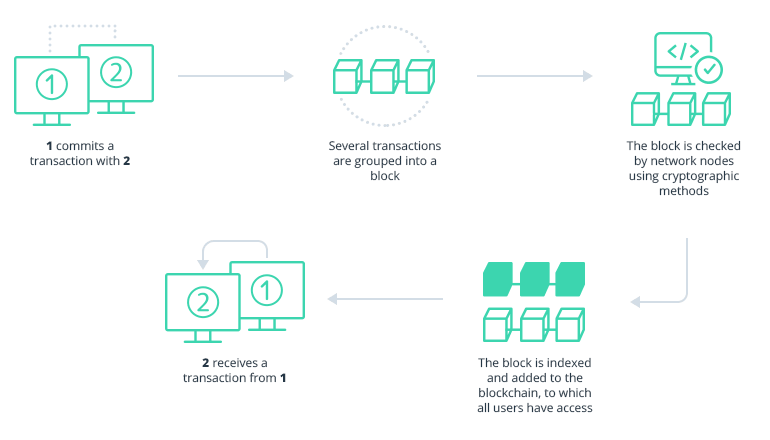 According to data from the recent Smart Contracts Market Research Report from Market Research Future, the global smart contracts market will reach approximately $300 million by the end of 2023, with a 32% CAGR during the forecasted period from 2017 to 2023. 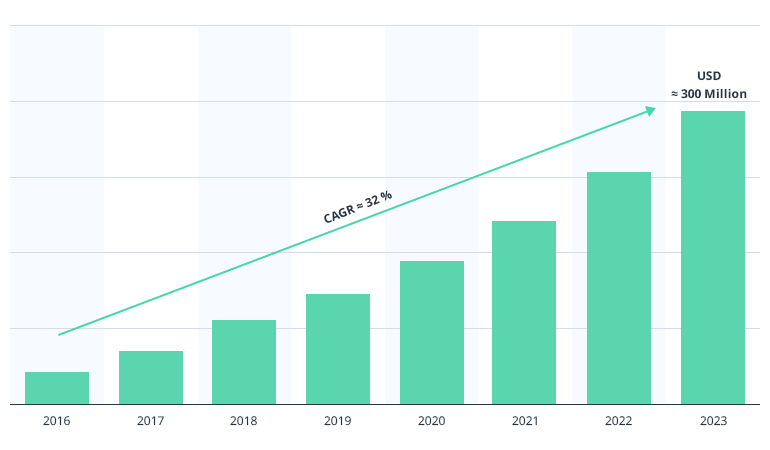 Companies in the banking, government, automotive, healthcare, real estate, and insurance sectors are interested in figuring out how to make smart contracts work for them. Let’s have a look at the advantages of using smart contracts in insurance and the reasons why this domain needs smart contract advancements more than others.

Smart contracts for insurance are a turn for the better

First and foremost, blockchain smart contracts in insurance can be a remedy to the industry’s challenges. Overloaded with uncertainties and hesitations, what the insurance industry lacks most is people’s trust. According to polls by YouGov, in the US, people have mixed feelings about insurance companies. While 47% of Americans trust them, 43% don’t.

Even though customers believe that the ultimate goal of an insurer is to pay as little as possible, insurance companies also have their own pains. Policyholders too often cheat and make false claims to receive payouts. So the lack of trust is really a mutual issue. Smart contracts insurance can re-establish trust and make intermediaries obsolete. Software algorithms within smart insurance code can remove administrative barriers, predetermine all insurance payout scenarios, and automatically execute contract terms, leaving no space for manipulation on either side. 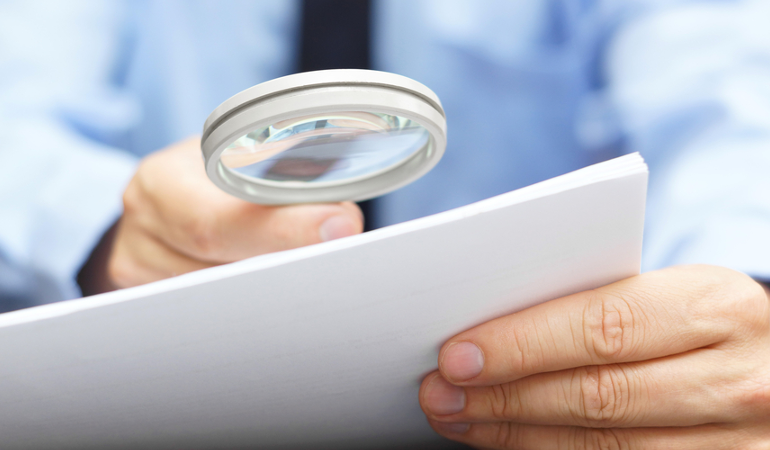 Technological disruption is prompting every insurance company to take action and find out how to make smart contracts work for them. The benefits of using smart contracts in the insurance industry are substantial.

Less fraud through transparency. This particular advantage of smart contracts in insurance is possible because of the decentralized and open nature of blockchains. With no owner, anyone can see any transaction logged in a blockchain database. If any changes to insurance smart contracts are made, all parties will see it and no inconsistencies will be missed.

Task automation. With the blockchain, all smart contract-related processes are automated and rendered securely. Eliminating the need for mediators and human input is the key benefit of using smart contract insurance. This lessens the risk of manipulation by third-party participants. Moreover, applied for smart contracts insurance, blockchain allows companies to review their procedures and processes in a more transparent and convenient way.

Save time on verifying claims. Blockchain smart contracts in insurance completely replace the claims process. No other documents are needed: only predefined rules to settle claims. Faster processes, increased efficiency, and lower costs — nothing but benefits for insurers.

Protect policy documents. Insurers can store policy documents on numerous ledgers, making it virtually impossible to lose them. Thanks to their technical characteristics, smart contracts prevent data loss and damage.

Risk assessment. Blockchains let insurance companies include state-of-the-art risk assessment models into their smart contracts. This logic relies on a blockchain-based ID system. IDs are instantly verified and supplemented with new data, eliminating the time-consuming stages of traditional identity verification. A smart contract reads all information related to an individual and automatically assesses risks, saving time and effort on data collection and verification.

Development phases of a smart contract explained for insurance companies 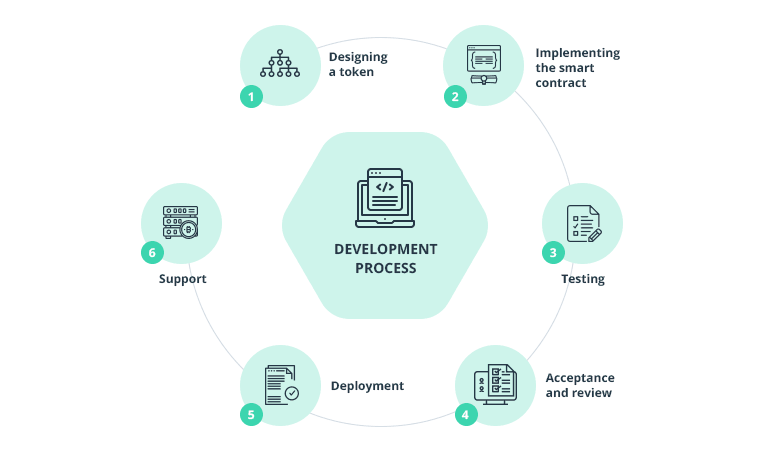 Building a smart contract is a bit intimidating for the majority of insurance organizations. And for good reason. But if insurers are planning to create advanced customer-centric products, they should know what to expect from smart contract development. Without diving into complex technical matters, the following development phases will help you get a general overview of how to make a smart contract.

Designing a token. For creating smart contracts, the Ethereum network allows users to develop their own tokens to execute specific functions. The trick here is to properly determine what functions to execute and what business logic to include.

Testing. Smart contracts should be deployed to the blockchain network to run. But this may cause certain difficulties with testing. Autotests are a good solution. By emulating a real environment, autotests verify that a smart contract works as expected.

Acceptance and review. Even though there are no actual verification standards for smart contracts, there are special environments for developers to verify their smart insurance code and logic. An honest review and acceptance process should cover cost-effectiveness, including many reviewers and providing visibility of results.

Deployment. Now it’s time to deploy the smart contract to the Ethereum blockchain so that everyone can use it. There are specific tools to speed up deployment, but in general, engineers have to submit contract code to the blockchain where the transaction will wait to be mined. After it’s mined, the contract is considered deployed.

Support. An insurance company that operates blockchain technology should have their own or outsourced resources to maintain the infrastructure of their smart contracts.

Irrespective of the industry, there are four phases within a smart contract’s lifecycle:

Example of a smart contract solution for vehicle insurance 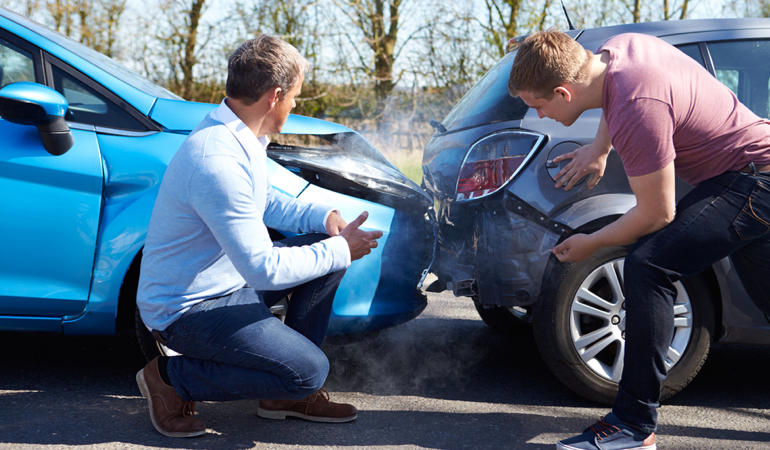 The delivered prototype can insure vehicles electronically, manage auto insurance history, and automatically submit auto insurance claims. This is just one example to prove that insurance industry players are ready to learn how to make smart contracts their main competitive advantage.

Every technology, even the most promising, needs time to shape up. The blockchain, with all the hype surrounding it, is still often misunderstood. The same is true of how to make smart contracts a bulletproof universal solution for businesses. Here are some of the concerns that limit the popularization of smart contracts. 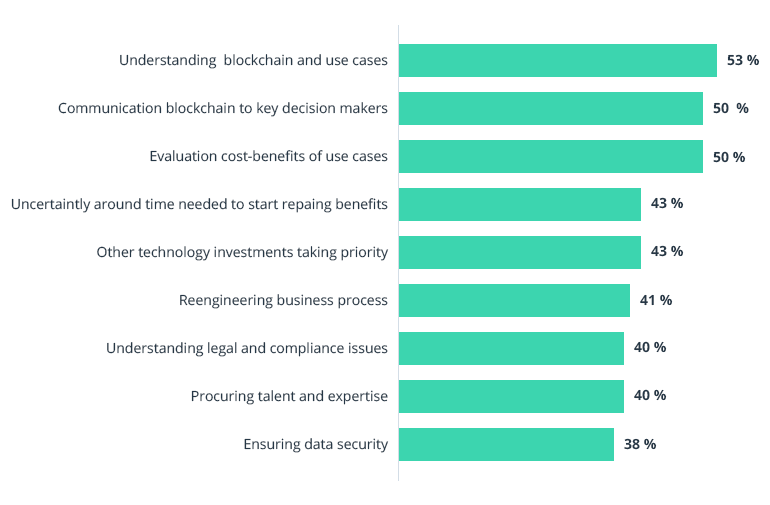 Limited contract scope. The most significant constraint that can spoil the benefits of using smart contracts in insurance is the necessity to cover every eventuality in a contract’s code. Things that can be done relatively easily on paper can be difficult to translate into code. Especially because the majority of companies start building smart contracts with the simplest models, using the pattern if X occurs, then Y will happen.

Technological complexity. Building a sophisticated blockchain smart contract in insurance requires a particular level of programming skills. First of all, only specialists well-versed in Ethereum can create a well-run smart contract. Naturally, it’s quite a challenging task since the technology is quite complicated and involves an in-depth understanding of software development.

Possible bugs in code. Smart contracts are tricky. Since they’re executed sequentially, if at least one vital piece is missing, the contract won’t run. Even though the elimination of the human input is among the top advantages of smart contracts in insurance, smart contracts still require human involvement at the development stage. And don’t forget that to err is human.

Uncertainty of legal regulations. It’s no secret that the insurance industry is among the most regulated. But despite the keen interest in blockchain technology shown by government institutions, smart contracts are still largely unregulated. So how to make a smart contract and use it in insurance in a legally sound way remains unclear.

Smart contracts aren’t a mature technology, but it’s clear that the broader use of the blockchain is already changing the custom insurance software. With smart contracts, insurers will be able to automate their policies and services, reduce administrative and claims processing costs, increase transparency, and prevent fraud. Intellias supports innovative endeavors and is ready to help implement blockchain technology and smart contracts in particular.

Feel free to contact us if your business is considering implementing smart contracts or wants to explore the opportunities they bring.

Rate this article
4.8/5.0 Thank you for your vote. 12008 8338e4cf7e
Tags
BlockchainFinancial services & InsuranceInsurance
You may also like 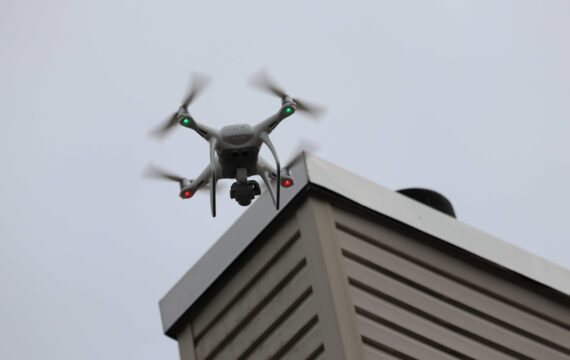 How to Use Drones for Insurance Inspections 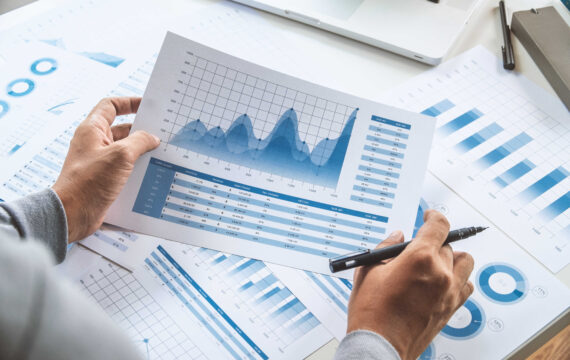 FinTech Industry Trends in 2022: The Year of the Connected Customer 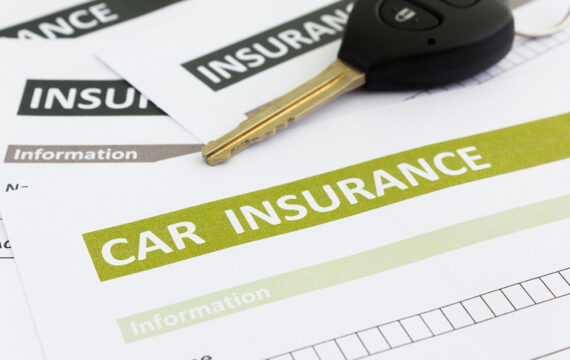