There are over 260 self-driving car startups and established companies. We focus on 11 of the most promising

The “future of transportation stack,” as illustrated by venture capital firm Comet Labs, includes 263 startups that are pushing the automotive revolution forward. 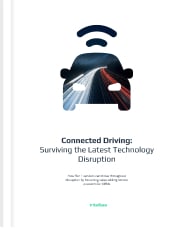 Through three rounds of funding, AImotive has raised $47.5 million in total. Investors include NVIDIA, Bosch, and Samsung, while automotive giants including Volvo and Groupe PSA are partners. A Hungarian startup relies on cameras and redundant sensors technology to ensure car safety instead of expensive lidar laser technology. AImotive strives to bring autonomous cars to the streets faster and at a lower price than competitors as their sensors are cheap compared to a LiDAR-centric setup. AImotive isn’t trying to develop a self-driving vehicle in-house; instead, they want to build a technology that can be easily ported to autonomous vehicle software companies and manufacturers.

AImotive is working on a chip architecture and hardware IP for autonomous vehicles which serve as an effective blueprint that silicon manufacturers can integrate into their own chips. Similar to General Motors and Waymo, they use simulations to test and improve their product.

Former Google and Uber executives founded this Pittsburgh-based startup that convinced Ford to invest $1 billion almost instantly. Argo.ai roboticists and engineers aim to develop a virtual driver system for autonomous vehicles. With the use of artificial intelligence, machine learning, and computer vision, they want to deliver Ford’s self-driving cars with near-full autonomy.

Argo.ai is eager to build an entire virtual driver system that can help detect cars, obstacles, and signs in poor weather conditions and at high speeds in dynamic environments. This means they have to develop software, a computer platform, and all the hardware like cameras, radar systems, light detection units, and LIDAR. Ford has also entrusted Argo.ai with creating high-definition maps and finding a way to keep them fresh.

Great minds from three autonomous vehicle software companies, the co-founders of Aurora Innovation have big plans for the future of transportation. Chris Urmson is the former head of Google’s self-driving project known as Waymo. Sterling Anderson was director of the autopilot program at Tesla, and Andrew Bagnell was head of the autonomy and perception team at Uber’s Advanced Technologies center.

Now they’ve joined forces to create a Level 4 autonomous system (with an eye toward Level 5) in collaboration with two of the largest automakers—Volkswagen Group and Hyundai. Volkswagen will integrate Aurora’s technology into its Sedric (SElf DRIving Car), a fully autonomous car that has no steering wheel, pedals, or cockpit.

The company underscores the importance of SEDRIC as the cross-brand ideas platform for sustainable, safe, convenient mobility at the touch of a button for everyone.

Aurora doesn’t want to come up with hurried or hasty solutions like some other self-driving car startups might promise. Their goal is to produce safe self-driving cars for years to come.

Braiq specializes in neuroscience, computer science, electrical engineering, and biomedical engineering—things that companies in autonomous driving can really use. They believe that human-machine interactions will increase user comfort and trust in self-driving systems.

General Motors has invested nearly $1 billion to acquire Cruise Automation. This self-driving startup uses simulations to train their autonomous vehicles to react in the most unexpected situations and accidents. Their cars are packed with sensors that provide 360-degree views, cameras that take pictures at 10 frames per second, radar, and lidar.

Cruise believes that all these technologies will help autonomous car companies create vehicles that see more than a human driver could and react faster. The startup is currently testing driverless software and hardware installed in the Chevrolet Bolt EV on the streets of San Francisco.

The Drive.ai team is convinced that artificial intelligence software together with deep learning is the fastest path to the future of autonomous vehicles. Six of the seven founders met as graduate students at Stanford University’s Artificial Intelligence Lab, and their approach is to use the most complex algorithms in the engineering world—deep learning. They say this is the right solution to the problem of understanding nuanced variable situations without human intervention.

Drive.ai is already testing their self-driving technology, or the “brain of the self-driving vehicle,” as they say, in challenging driving conditions. The more they train it, the safer the system learns to drive and the more it can gain users’ trust.

nuTonomy has been named one of the top 10 innovators in Artificial Intelligence by Fast Company, which has recognized them for their input in developing state-of-the-art software for self-driving vehicles.

As one of the most promising autonomous vehicle technology companies, nuTonomy has already put robotaxis on Boston streets to test their fleet-based automated driving platform together with Lyft. In Singapore, their self-driving software, sensors, and computing platforms have been integrated into the Peugeot 3008 SUV. Through on-road and simulation testing, nuTonomy adapts their driverless vehicle software for different driving conditions.

Nauto is an autonomous vehicle technology startup that was included in the 100 artificial intelligence startups list by CB Insights. They’ve gained $173.9 million in funding so far with leading investors including Softbank, Toyota, General Motors, and BMW.

Among the other companies in autonomous driving, Nauto offers a connected camera network and smart cloud system to help identify danger and prevent accidents by alerting drivers. A bi-directional camera looks at both the road and the driver at the same time to detect driver distraction.

An AI-based system records near misses and proximity to other vehicles to understand the causes of accidents and provide coaching and feedback at the end of a trip. The company’s aim is to improve the safety of driving and reduce false liability claims. Their motto is “safe driving made simple.”

Both co-founders of Pony.ai were engineers frustrated with the slow execution of self-driving projects at Baidu and Google. So they decided to found Pony.ai to move things along faster. Pony.ai is one of the startup autonomous driving companies.

The startup is focused on Level 4 autonomous systems, taking a practical engineering approach and incorporating the latest breakthroughs in artificial intelligence.

Their AI technology designed for autonomous driving makes vehicles intelligent so they can handle complicated driving conditions. Their test cars have shown excellent results on the streets, interacting with other vehicles, cyclists, and pedestrians while still offering the controls to humans.

The Pony.ai vision for the safest and most reliable autonomous driving technology has been well-supported by investors. In its Series A fundraising round, Pony.ai raised $112 million, which made their competitors seriously concerned.

Waymo is probably one of the most popular startup autonomous driving companies. Known as Google’s famous Self-Driving Car project before 2016, Waymo, with its own lidar technology, holds the leading position in the autonomous car ecosystem.

Recently, Waymo, together with partner Jaguar Land Rover, announced a plan to equip up to 20,000 Jaguar I-PACE vehicles with Waymo’s self-driving technology. This in-house designed luxury car with its new battery-electric platform will be able to travel 240 miles on a single charge.

Waymo’s self-driving technology handles all of the driving so carefully and safely that you can fall asleep, just like this man did during a test ride. You can also enjoy a video of a 360-degree look inside one of Waymo’s fully driverless minivans.

Among companies developing software for autonomous cars, Zoox is trying to stand out with their futuristic robotaxi. The startup is using their $290 million of funding not only to develop self-driving technology but also to create a new type of car that’s autonomous from the very beginning.

Kentley-Klay is an ambitious Australian, a designer by trade, while Levinson has worked on self-driving technology for about a decade. Zoox aims to develop a Level 5 fully autonomous car that will have no steering wheel and have seats arranged like in a mass transit vehicle. Zoox is keeping their plans a secret for now, but it seems that one day they might challenge rivals like Google and Uber.

Autonomous driving has the potential to bring many benefits to society, but it still has a long way to go to earn people’s trust. Self-driving car startups and companies are racing to bring the safest, smartest, and most affordable autonomous vehicles to the mass market. They do, however, face various obstacles such as the cost of developing a sufficiently practical technology and the real-time location metrics that are needed for automatically piloting cars.

Intellias has a long history of successfully helping automotive companies and startups build innovative software products. Contact us to find out how Intellias can help you bring your self-driving software ideas to life.

Your subscription is confirmed.
Thank you for being with us.

How can we help you?

Get in touch with us. We'd love to hear from you.

Thank you for your message.
We will get back to you shortly.